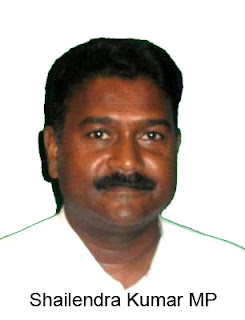 We have already written in these columns that there are four categories, under which the members are rated in the Lok Sabha for their performance. They are (1) asking questions during question hours, (2) raising issues of public importance under rule 377, (3) participation in debates, legislative business and budget discussions, and (4) regular attendance. PodUniversal is now featuring the top performers of 14th Lok Sabha under these four categories. We have already published few interviews earlier.


He has participated in 340 times. (The average for the Lok Sabha is 24 times per member and 57 members did not participate) He has served Uttar Pradesh Legislative assembly for two terms Lok Sabha for two terms, including the 14th Lok Sabha. He hails from a popular and well known political family of UP. I congratulated and interviewed him over mobile, while he was touring in his constituency.
Please listen to his interview by clicking ‘play’ button. (8 m 35s)

This interview may also listened from the following link.
http://www.youtube.com/watch?v=8-7sO-cPbqA