Overall performance of Lok Sabha
The twelfth session (Monsoon Session 2017) of the 16th Lok Sabha was held between 17th July 2017 and 11th August 2017.  During the 19 sittings of the twelfth session, the Lok Sabha conducted business for 76 hours and 41 minutes. During this Session, the Lok Sabha lost 29 hours and 57 minutes due to interruptions and forced adjournments.  However, the Lok Sabha sat late for 10 hours and 36 minutes to complete the business.
During this session, 17 Bills were introduced and 14 Bills were passed. 281 matters were raised under Rule 377 and 252 matters during ‘Zero Hour’.  382 Starred Questions and 4370 Unstarred Questions were admitted during this Session.
The 16th Lok Sabha started their business on 1st June 2014.  Till 11th August 2017, 245 sittings were held in 12 sessions.  PreSense analyses the cumulative performance of Members from the first session to the twelfth session.
Top 5 Performers of 16th Lok Sabha 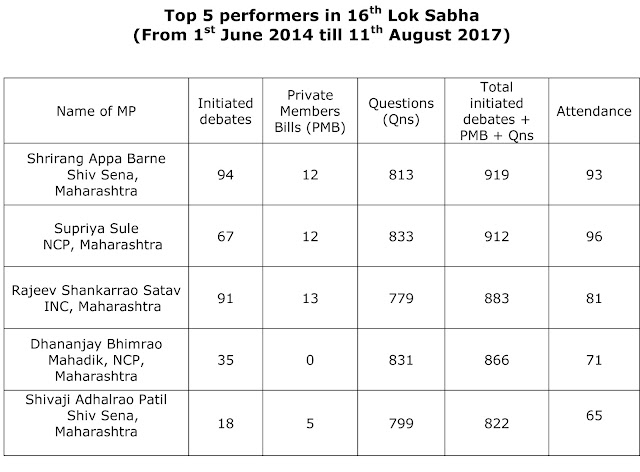 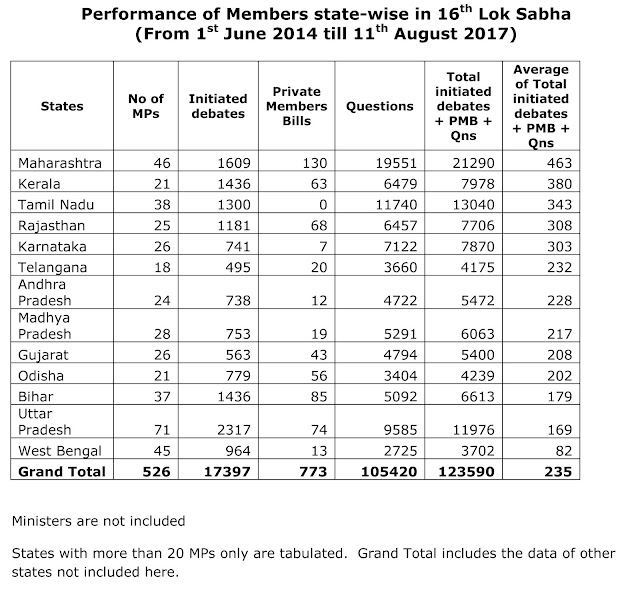 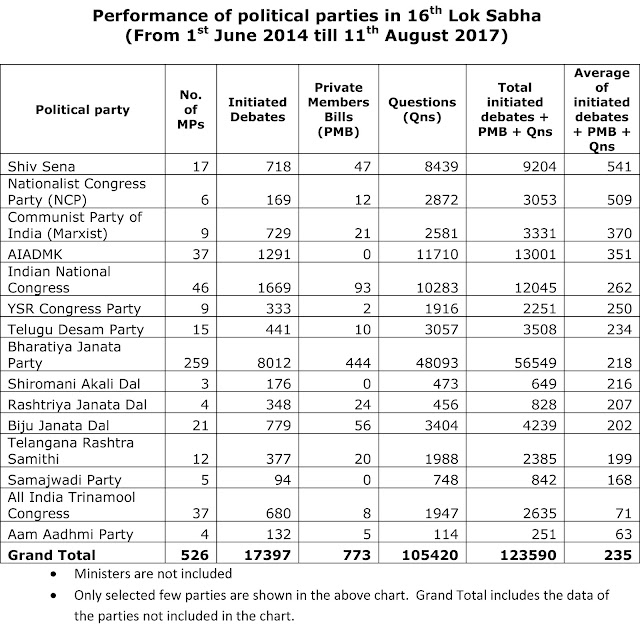 (Ministers are not included in the data)
With only 61 members, the women members, as a group, compare well with their male counterparts.
Performance of Celebrity Members 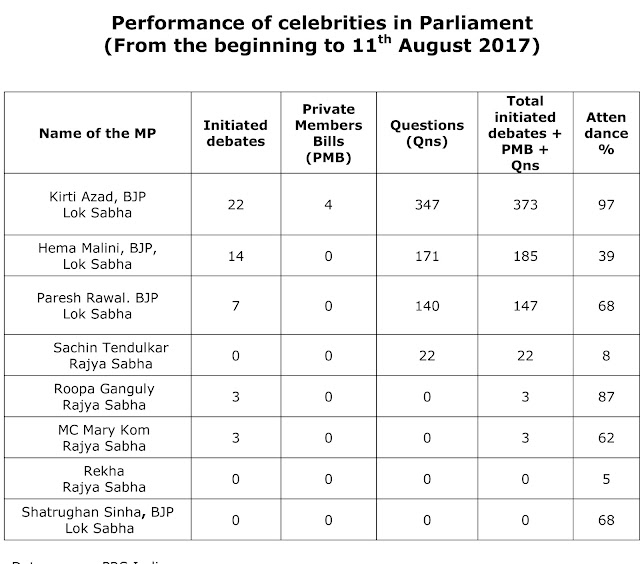 Some popular film stars and sports persons were nominated by the ruling parties to contest in the Lok Sabha elections, or as members in Rajya Sabha.   These celebrities enjoy the perquisites and the privileges of Members of Parliament.  Among the celebrities, Kirti Azad and Hema Malini perform  well.
A time has come to review and reconsider celebrity nominations to parliament based on their performance. While the celebs are nominated at the cost of public money, they are deviating from their main duty of representing the people’s cause.  Besides being poor performers, celebrities such as Sachin Tendulkar and Rekha scarcely  attend the Rajya Sabha Sessions.
The ruling Government should analyse the individual performance of celebrities and stop nominating them to Parliament, wasting the public money.
By K. Srinivasan, Editor-in-Chief, PreSense
(Source: August 2017 edition of ezine PreSense)