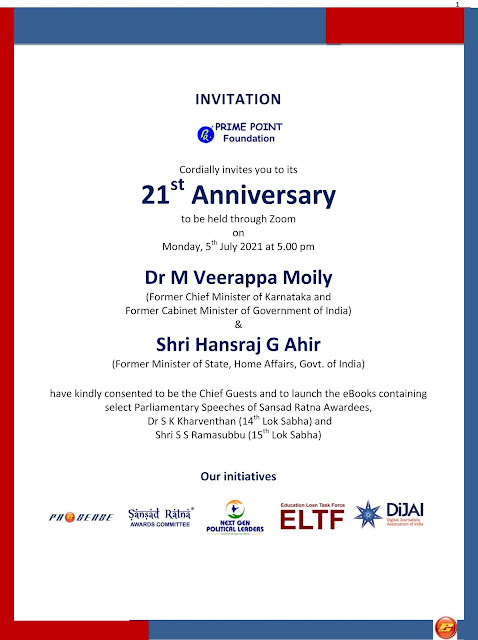 Sansad Ratna Awards are presented to top performing Parliamentarians every year after the Budget Session, based on the performance data provided by PRS India and Lok Sabha Secretariat. The Award was instituted on the suggestion given by Dr APJ Abdul Kalam, who himself launched the first Award event in May 2010.  Till 2021, 75 Awards have been presented. The awardees are selected by a Jury committee of eminent Parliamentarians through a transparent process.

Sansad Ratna Awards and Next Gen Political Leaders are the initiatives of Prime Point Foundation to honour the outstanding Parliamentarians and also to develop future political leader.

Prime Point Foundation plans to release e-books containing the select Parliamentary speeches of all Sansad Ratna Awardees in the coming months. On 15th August 2021, 8 such e-books are proposed to be released to commemorate the 75th Independence Day anniversary celebrations.